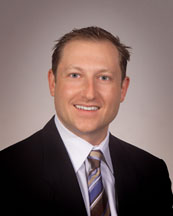 David P. Hathaway is an attorney on a mission.  He is driven, focused and completely committed to finding justice for his clients.  He strongly believes that being a leader in our community means righting the civil wrongs of hardworking business owners and individuals.  He is an attorney who really stands out when it comes to producing quality work in a timely and efficient manner on behalf of his clients.  His high energy, superior responsiveness and uncanny ability to understand the exact needs of his clients have lead to his personal success and contributed greatly to the success of the entire firm of Dean Mead.  This, combined with his caring and concern for justice at-large in our community and his desire to help the City of Orlando thrive and grow make him a great leader of Dean Mead’s Trust and Estate Litigation practice group.

David came to Orlando straight from the University of North Carolina Law School, where he served on the Law Review, and never looked back.  His 12 years of practicing law, almost all at Dean Mead, have produced an enviable roster of loyal clients that benefit from his impressive knowledge, relentless approach and wise counsel.  His three main areas of practice include complex commercial litigation, intellectual property and probate litigation.  In each of these categories, David is widely recognized as being at the top of his field in produced results, client satisfaction and peer admiration.  He has gradually become one of the top producing attorneys in the firm.

In complex commercial litigation David represents businesses, both large and small, as they protect and defend their rights, including the rights of shareholders, employment issues, technology disputes, real estate controversies, franchise issues, non-compete agreements, payment disputes and any other matters that impede the honest, good work of area businesses.  In addition to local and regional work, David has served for many years as Florida litigation counsel to a publicly-traded medical device company headquartered in Texas and another industry-leading corporation with offices throughout the Southeast United States.  David also routinely serves as local counsel to large out-of-state law firms whose clients are litigating in Orlando’s federal court.

David’s intellectual property practice includes significant on-going representation of a multitude of companies, including major media outlets, medical facilities and internet-web based companies in Orlando and throughout the Southeast.  He staunchly defends his clients’ rights to protect their intellectual property, including trademarks, copyrights and trade secrets.  He often obtains federal trademark registrations on behalf of his clients, stops competitors from infringing those marks, and works to resolve disputes involving the Internet, website blogs, and domain names.

Probate litigation is probably the practice that tugs at David’s heartstrings the most and gets him the most fired-up.  When it comes to trickery and deception, those bilking rightful heirs and taking advantage of the elderly, David shows even more tenacity for justice.  This passion has gone so far as to produce two key outreach initiatives created by David.  First, he wrote a highly acclaimed article published by The Florida Bar Journal on the topic of what additional factors Florida courts will consider in finding undue influence, and second, he created and manages an ongoing series of “Breakfast Briefings” to educate solo practitioners, small-firm attorneys, bankers and trust officers on probate litigation and estate planning issues they need to know to better serve their clients.  The subject of one of the Breakfast Briefings became an article published in the Orange County Bar Briefs.

Professionally, David is at the top of his game.  He is a partner at Dean Mead supervising and mentoring three Associate attorneys on a daily basis, Chairman of the firm’s Trust and Estate Litigation Practice Group, and managing an impressive roster of clients.  David has handled several complex litigation cases throughout his career involving rather extenuating circumstances. One example involves his work in a lawsuit that ended nearly 80 years of family control of a top 100 newspaper in the United States. He successfully defended the majority shareholder of the Daytona Beach News-Journal for a finding of no liability to pay more than $1.7 million in damages that had been awarded to the minority shareholder during a four-year federal lawsuit reported in the Orlando Sentinel and the Daytona Beach News-Journal on April 30, 2009.  (U.S. District Court for Middle District of Florida). There are very few Florida attorneys of David’s age who have litigated a high stakes case such as this.

David also serves on the firm’s Investment Committee and makes recruiting trips to Florida’s law schools for on-campus interviews.  His natural people skills, combined with excellent law skills have built a network of loyal clients and referral sources that rest confidently in his care.

David’s community service spans many areas, but once again, his passion is making the City of Orlando the best it can be for residents and businesses.  He is an active member of the Central Florida Partnership; in fact you might have even seen his face on some of the group’s community billboards promoting their Leadership Orlando program, of which David is a graduate and supporter.  With the Central Florida Partnership, David frequently meets with business leaders and lawmakers to determine ways to make Orlando a better place to live and work.  This includes “Fly-in” trips to Washington D.C. and attending regional Leadership Conferences to give a voice and a face to Orlando’s most pressing needs.

In addition, David is an active member of the Mayor Dyer Host Committee, the Orlando Carolina Club and the University Club.  He is also a former Executive Committee Member of the Roper YMCA Board of Directors.  David enjoys sharing his knowledge with area business owners and leaders by giving presentations on how to protect themselves from fraud or the loss of intellectual property.

Finally, he puts his knowledge of the law to work for area non-profits by providing pro-bono legal expertise to organizations such as Nathaniel’s Hope, a charity devoted to special needs children. When Nathaniel’s Hope needed his help in handling complex trademark matters, David went straight to work by donating time and resources outside of the normal business day to provide legal services to the organization.

A recent newlywed, his wife is an adjunct professor at Valencia College; David has certainly achieved his early goals of establishing a thriving and productive law practice.  However, to hear him talk, his greater sense of accomplishment comes when he can use his skills to make a difference in the lives of others, such as in the case of a recent pro bono matter David handled on behalf of a close family member with a disability.  After a long, hard fight, David was able to correct a complicated matter involving the wrongful loss of social security income.  Without David’s advocacy and intervention, his family member would have endured a turbulent battle with a federal agency and faced thousands of dollars of liability based on mistaken claims of overpayment.