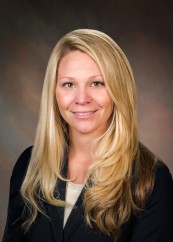 Dean Mead announces the addition of Star Sansone, an associate in the Estate Planning and Taxation departments. She focuses on business planning and transactions and also represents individuals in estate planning and wealth protection.

Prior to joining the firm as an associate, Sansone worked in the firm’s Gainesville office as a law clerk. She also has worked as a clerk for White & Case, LLP in Miami, Florida, and at Winderweedle, Haines, Ward & Woodman, P.A. in Orlando.

Jack Bovay, Managing Shareholder of the Gainesville office of Dean, Mead & Bovay said, “We are thrilled to have Star join our firm. With her experience as a CPA, a Wall Street analyst and a competitive athlete, she brings knowledge and insight beyond her years to our team.” 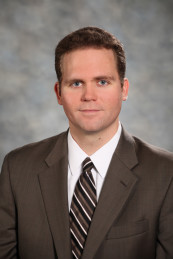 “I am delighted to join the well-established team of experienced attorneys at Dean Mead,” Van Heyde commented.  “The Real Estate department is comprised of highly-skilled lawyers, who offer a tremendous breadth of professional expertise to our valued clients.”

Van Heyde brings significant legal knowledge to his new role, having held positions as both law clerk and associate at Trow & Dobbins, as well as serving as legal extern for the United States Attorney’s Office, Middle District of Florida, Ocala, Florida.

Van Heyde began his professional career in the financial services industry, and is well-versed in all facets of residential lending and maintaining broker relationships.  He has been previously employed with Bank of America Corp., Ocala, FL, and Provident Funding Associates, LLP, Maitland, FL.

“I look forward to working directly with Alex on a wide variety of commercial and residential real estate transactions,” said Vicki Berman, shareholder of Dean Mead’s Orlando office.  “His financial background affords him a tremendous advantage in providing well-rounded legal expertise to our clients.”

Van Heyde earned his law degree in 2013 from the University of Florida Levin College of Law, his Master’s in Business Administration with honors from Rollins College Crummer Graduate School of Business in 2010, and his undergraduate degree from Stetson University in 2005. 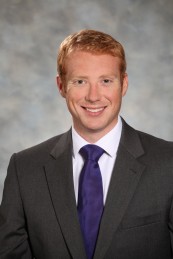 The firm also announces the addition of Edward Waters to its Tax department in Orlando. Waters joins the firm as an associate, and his practice focuses on providing taxation services for the firm’s business and corporate clients.

He also earned a Master of Laws in Taxation from the University of Florida Levin College of Law, where he ranked first in his class and received the Book Award in Civil Tax Procedure.

Dean Mead’s Chair of the Tax department, Stephen R. Looney says, “We are pleased Ed has joined our team. He is a high achiever, and no doubt, our clients will find him to be a great asset in handling their matters.”