Guest speakers addressed highlights from the 2016 legislative session covering a host of topics from water and agriculture to transportation and economic development. While the Brevard delegation members were bullish on Brevard County’s job growth, they were pessimistic on any legislative reinstitution of cash incentives for new business. Rep. Goodson challenged the group to come up with other types of economic development incentives for them to advocate. He also urged the audience to stay engaged in legislative issues of interest.

The delegation members said they were happy with the level of financial support this year for the Indian River Lagoon clean-up efforts.  At the same time, they acknowledged that we are playing catch up and that it may take 10 to 20 years to fully realize the Lagoon restoration efforts. Sen. Altman, who has been a vocal critic of the legislative response to Amendment 1, was pleased with the commitment for future funding in the Legacy Florida legislation. Rep. Workman lauded the Legislature’s conservative balancing of tax cuts and spending and was optimistic that this cautious approach would give future opportunities for more tax cuts. He noted that the only states with better business tax environments than Florida had far less desirable climates. 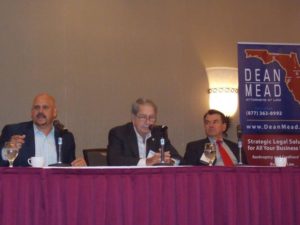 Dean Mead teamed up with the St. Lucie Chamber of Commerce and the St. Lucie Economic Development Commission to host the same program on May 4, 2016, at the Pelican Yacht Club with more than 120 people in attendance. The special guests on the panel were Senator Joe Negron and Representative Larry Lee, with Pete Dunbar serving as moderator. Both lawmakers agreed that the Senate and House worked well together leading to a successful 2016 Regular Legislative Session. Incoming Senate President Negron indicated that he expects the spirit of cooperation between the legislative bodies to continue during his presidency. 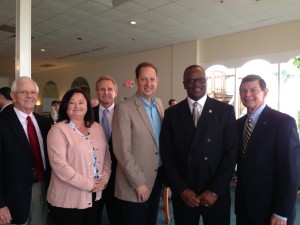 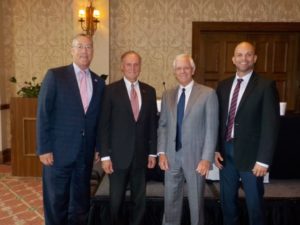 The video from this event as well as an overview may be viewed below: