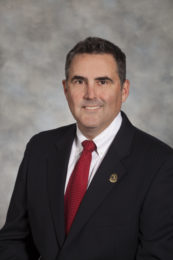 
Mr. Wert is a member of the Litigation department in the Orlando office. He is Board Certified in Construction Law by The Florida Bar Board of Legal Specialization and has practiced in the area of business litigation, with an emphasis in construction law, commercial litigation, real estate litigation, and creditors’ rights since 1993. He is also a Circuit Civil Court Mediator certified by the Florida Supreme Court, who has mediated numerous business disputes. Mr. Wert was recently elected to the 52-member Board of Governors of the Florida Bar, which has exclusive authority to formulate and adopt matters of policy concerning the activities of the Bar. He was also recently selected as one of only 69 construction attorneys in the State of Florida to be a Fellow in the Construction Lawyers Society of America.