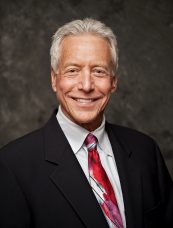 
Marty Friedman is lead counsel for utility clients of all sizes before the Florida Public Service Commission and has been doing so for over 38 years, making him the most experienced attorney in Florida in representing water and wastewater utilities before the Florida Public Service Commission. He also represents utilities before other state and federal agencies and in their dealings with developers and city and county governments. He appears statewide before trial and appellate courts, as well as administrative agencies.

Mr. Friedman is a former Assistant Attorney General for the State of Florida where he handled local government, consumer and environmental issues, ultimately being promoted to chief of the General Litigation Section. Mr. Friedman has been lead counsel or lead real estate counsel on more than 130 utility sales transactions totaling more than $3 billion. He also has handled over 75 appeals before the Florida Supreme Court and District Courts of Appeal in Florida.