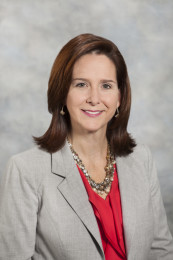 
Ms. White practices in Dean Mead’s Litigation department. She represents the rights of creditors in many areas, including foreclosure, replevin, bankruptcy, debt collection and commercial litigation. She has practiced solely in the area of creditors’ rights since 1996.

Ms. White focuses her practice on foreclosures, workouts, reformation actions, quiet title actions, writs of possession, and evictions throughout the state of Florida. She ensures that her clients’ defaulted mortgages result in either an acceptable work out plan – such as a mortgage modification – or a foreclosure that is completed as quickly as possible and that results in clear title. Recognizing that each defaulting borrower is also her clients’ customer, Ms. White handles each case with candor and treats each debtor with respect.

Ms. White is the co-author of literature for Advanced Consumer Bankruptcy Issues for a continuing legal education seminar sponsored by the National Bankruptcy Institute.