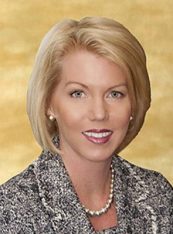 
Denise D. Dell-Powell is the Chair of Dean Mead’s Bankruptcy and Creditors’ Rights Practice Group throughout Florida. She has more than 25 years of experience in bankruptcy and creditors’ rights, and distressed property including CMBS foreclosures, workouts and bankruptcy matters. She has represented secured and unsecured creditors, debtors, Chapter 11 Trustees, Chapter 7 Trustees and unsecured creditors’ committees. In addition to a focus on banking and financial institutions, her career also includes representation in the hospitality, restaurant, healthcare and agricultural industries.

In Ms. Dell-Powell’s business litigation practice, she has represented parties in federal and state court and has experience trying both jury and non-jury trials. Her litigation practice involves representing clients in a broad range of matters, including those involving real estate, mortgage foreclosure, receiverships, lender liability, commercial evictions, partnership disputes and other real estate based litigation.

Due to Ms. Dell-Powell’s legal skills and experience in bankruptcy law, she has earned the distinction of being one of only 900 Fellows nationwide to be elected to the prestigious American College of Bankruptcy. Election to the organization is by one’s peers and based on demonstrating the highest level of character, integrity, professional experience, leadership and community involvement.