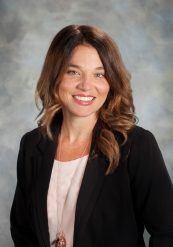 
Amy Judkins is a member of the Litigation Department in Dean Mead’s Orlando office. She concentrates her practice on complex commercial litigation matters in both federal and state courts, representing clients in matters involving a variety of claims, including breach of contract, fraud, and other business tort claims.

After law school, Ms. Judkins served two years as a federal judicial law clerk to the Honorable Paul G. Byron, of the U.S. District Court for the Middle District of Florida. In her tenure as clerk, she drafted hundreds of orders on dispositive motions and assisted the judge with more than a dozen civil and criminal trials, including a complex terrorism trial of national importance that spanned over three weeks.