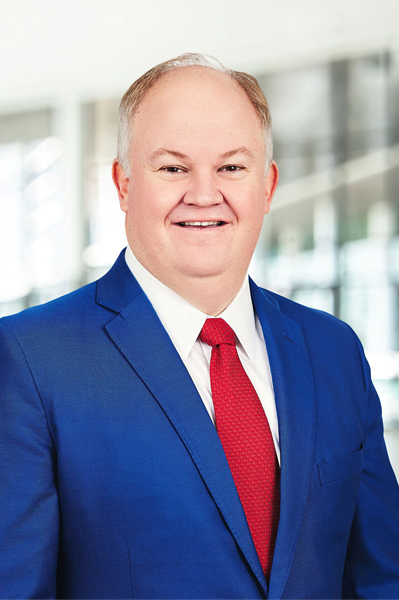 French Brown is a Florida state and local tax lawyer with more than a dozen years of experience practicing both with and before the Department of Revenue. French is the only Florida expert in this area that also lobbies the Legislature, which has resulted in him being involved with all major tax legislation in the State.

French began his legal career at the Florida Department of Revenue, quickly rising to the position of Deputy Director of the Office of Technical Assistance and Dispute Resolution. There he oversaw more than fifty department attorneys, accountants and auditors in charge of legal guidance, agency rulemaking, and informal audit protests. Additionally, French served as the Department of Revenue’s Legislative and Cabinet Affairs Director and staffed the 2012 Communications Services Tax Working Group. In this role, he worked directly with Legislators, longstanding legislative staff, and the Governor and Cabinet offices.

During that time, French has passed dozens of pieces of tax legislation, which have saved his clients and Floridian’s billions in reduced state and local taxes. This includes more than a billion dollars in corporate income tax refund paid in 2020 and 2022, which was a result of unintended state consequences of the Federal Tax Cuts and Jobs Act. He was also instrumental in Florida adopting remote seller and marketplace facilitator provisions after the Supreme Court’s 2018 Wayfair decision.

In 2018, Mr. Brown served as counsel to the successful constitutional proposal to permanently preserve the State’s annual ten-percent cap on commercial property tax increases, which passed by 66.5%. He advocated for his clients before the Constitutional Revision Commission in order to further sound state tax and budget policies.

He assists his clients with Florida tax planning and controversies before the Florida Department of Revenue and local Property Appraisers, while maintaining a professional and amicable relationship with those that he used to work next to at the agency.

Represents clients on state and local tax issues before the Florida Department of Revenue, in the Florida courts, before the Division of Administrative Hearings and the Florida Legislature.

Represents businesses before the Florida Legislature by monitoring and reporting on legislation, preparing amendments, testifying before legislative committees, developing coalitions and advocating clients’ positions to legislators and legislative staff.

I Disagree with my Property Tax Assessment – What Next?

Updated General Revenue Forecast to Include Additional $2.6 Billion for State: What Does that Mean for Corporate Income Taxes?